Systems and self-esteem: Being helpful and constructive on obesity.

I am not sure it’s possible to better articulate exactly how far off the mark anti-obesity campaigns tend to be that in the way Jezebel’s Lindy West has done right here:  It’s Hard Enough to Be a Fat Kid Without the Government Telling You You’re an Epidemic

She writes, “But first of all, though weight loss can certainly improve some people’s health, “fat” does not universally equal “unhealthy.” Health itself is a much more effective and specific goal. And campaigns like this—which target fat people instead of the system that makes them fat—do nothing but hurt that supposed cause. An anti-fat-people campaign is still an ANTI-PEOPLE CAMPAIGN.”

But, after this piece was published, West herself commented first, “Question. So, okay, if I’m saying that these ads are NOT HELPFUL–and a lot of you are agreeing with me–can anyone come up with a pro-health ad that would be genuinely helpful and constructive? Thoughts? What would that look like?”

And so, I’ve been thinking on it.  Aside from killing subsidies to corn, boosting subsidies to a diverse array of plant crops, creating better ways to get good and affordable food to the North – which definitely must happen – and addressing poverty, education deficits, and infrastructure problems, what would be a radical approach to helping people attain healthy weights?
END_OF_DOCUMENT_TOKEN_TO_BE_REPLACED

The Tragedy of the Commons is a Cow Eating Reject-Candy

One morning this summer during a sleepy Chemistry lecture, I was sitting next to my lab partner, a young man from Myanmar via Singapore, and I asked him what he thought about his job: Stacking fruits and vegetables into neat pyramids for eight hours a day at a large grocery store in Rainer Beach. Did he ever think about where all this produce came from? How it was grown? Whose hands tended it? I wondered all of these things. 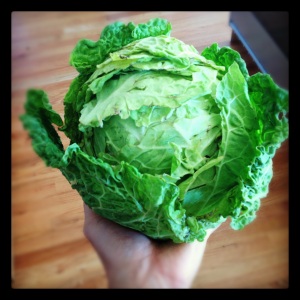 He was amused. Answering with gently incredulous “No?”, capped with an upward lilt and a questioning smirk, — the same one he often used to ridicule me for not knowing better when I got an answer wrong on our homework. Albert, whose real name is Phyo Pyae, is 21 and doesn’t have much space in his mind for thinking about the origins of food. END_OF_DOCUMENT_TOKEN_TO_BE_REPLACED

Narrowing Our Moral Community of Concern: A Critique of Canada’s New Refugee Policies

Here is an excerpt from an article I wrote for the blog AccessDenied, with the same title as the post.  The blog’s approach is from the social sciences, especially medical anthropology, and it attempts to seriously engage both theory and practice in its articles.  It is well worth perusing.  In the article, I attempt to deal with the fact that Canada’s debate over refugee care is not only, or even primarily, about legal, economic, or efficiency issues.  It is primarily about inclusion and exclusion, and drawing boundaries around who is “deserving” of our care.  Since the struggle is one over narrative, debating data and legal arguments needs to be complemented by the generation of a powerful discourse, a narrative into which we place ourselves that includes the provision of care regardless of arbitrary boundaries of status.

Willen recently wrote of unauthorized migrants that, “they are excluded not only from the political community, but also from the moral community of people whose lives, bodies, illnesses, and injuries are deemed worthy of attention, investment, or concern” (2012: 806). Only by portraying these extremely vulnerable people as “undeserving” (Willen 2012) can Canada deny them care while at the same time maintaining an air of generosity. And according to the new policy, these “undeserving” people should be detained, deported as quickly as possible, and denied access to health care.

This discursive manoeuvering imagines refugee claimants from DCOs, no matter what their personal situation, as bogus claimants trying to take advantage of Canada’s generosity. Regardless of the hardship of their lives and their journeys, those arriving in ways deemed “irregular” are imagined as immigration queue-jumpers – as people who freely choose a quick and easy route to Canadian protection and citizenship. Health care professionals, medical anthropologists, and others who care for asylum seekers and refugees and hear the intimate details of their stories are the most obvious candidates to combat these portrayals, which we know from our daily work to be both wrong and demeaning.

Only by telling – and listening to – stories like these will Canadians become attuned to the profound cognitive dissonance between how we want to see ourselves and current Canadian government policy. Pregnant women with high blood pressure, children with asthma, and men with diabetes have all lost access to care. We must repeatedly remind ourselves that they could be our siblings, parents, or children. Through this visceral, narrative approach, we can rehumanize the people most affected by these regressive policy changes and wake ourselves from our complacence. In short, we cannot convincingly declare ourselves generous while denying care to those who deserve it.

For shame! How not to talk to a smoker.

Smoking.  It’s pretty bad for you.  The heart, lungs, brain, liver and gut all get pretty beat up by cigarrettes and their nasty brew of preservatives and toxins.  Hair gets smelley. Nails get grody.  Teeth get Beetle-juicey.  Duh.  No one doesn’t know this.   In fact, smokers know it best.

Yet, public health departments around the globe operationalise the ‘smoking is bad for you, don’t do it’ metaphor in all sorts of visually-provoking multimedia.  A friend passed this interesting collection to me last week.

There’s the “she was such a pretty girl!” {said in high-pitched shamey-sad voice} take.

END_OF_DOCUMENT_TOKEN_TO_BE_REPLACED 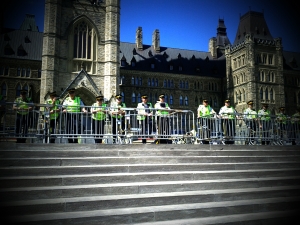 ada marked the end of their winter hibernation with their Occupy Parliament event in Ottawa on Saturday, May 5.  While RCMP officers lined the gate that leads from the lawn to the front doors of Parliament, a group of Vietnamese protesters from Montreal and Toronto gathered to support the release of political prisoners and a smaller group of about 100 Occupiers gathered at the south end of the lawn to fight for….?  Well, I wasn’t sure.

I was out of the country for 2011 and it was difficult to make sense of the Occupy movement from afar.  I took RPH to the event to see about two things:

I spoke with one of Occupy Canada’s founders, Derek Soberol – who was later arrested during a march to the American Embassy – on both issues.  For Soberol, the call to action was clearly around accountability and election fraud.   These are of-the-moment issues of the Canadian body politic.  The event’s speaker, Dr. Anthony J. Hall, Professor of Globalization Studies at the University of Lethbridge and author of Earth into Property: Colonization, Decolonization, and Capitalism, reiterated both of these in a verbose and raging outdoor lecture in the strong May sun, while RCMP officers looked on.

The idea that the Harper government is illegitimate resounded throughout the planned speeches and the ‘open mic’ part of the event where protestors were invited to speak to the crowd.  It is clear the 2011 federal election was not waged under transparent, nor fair, terms and it does seem that large, terrain-shifting bills, such as C-31 and C-10 (which is now part of a hefty and incoherent crime omnibus bill), are being pushed through Parliament with barely-if-at-all due process by the Harper government.

And the protesters weren’t just a motley melange of dread-locked college kids surrounded by puffs of cannabis smoke, and old school members of the flower power generation.  This woman – a long ago immigrant from Germany – is also very alarmed.  She warns, “I can see democracy being weakened by the day.  Most of my Canadian friends think I am exaggerating when I say ‘don’t think it could not happen here’.  It can happen here.  Wake up!”  She goes on to address issues of media control and the links between big business and the current federal government.  Her tone and narrative are worth a listen.

END_OF_DOCUMENT_TOKEN_TO_BE_REPLACED

Digging In: Food Security as a Pillar of Radical Public Health

Fools ignore complexity. Pragmatists suffer it. Some can avoid it. Geniuses remove it. – Alan Perliss

The other day, I was sitting in a café looking out to a soggy view of the Puget Sound and feeling rather morose about the State of Things in the World. I posted a lamenting status update to Facebook that was more rhetorical than answer-seeking: “How can we dismantle systems of structural violence when they seem to be reinforced at every turn by our political and economic systems?”

The answers I received were a mix of (appreciated) cynical snark balanced with rallying statements of support for what I think of as radical, yet pragmatic, grassroots-level change.  These statements are ones which I begrudgingly had to agree with because they made my own solution – fleeing to a shack in the desert – seem less heroic.

Food security and nutrition security are two key arenas of public health that I think about frequently in relation to structural violence and radical change. More specifically, I think about how we cannot afford to be simplistic or reductionist in understanding and engaging with our food systems, because in avoiding their complexity we avoid the means to legitimately, holistically improve them.

END_OF_DOCUMENT_TOKEN_TO_BE_REPLACED

We are a creative commons.

Although the contributors to Radical Public Health share a passion for radical public health, they do not always share the same viewpoints or opinions. The viewpoints and opinions expressed in the contents of this website do not necessarily reflect those of all of the contributors. We encourage constructive discourse within and between our contributors, commentors and content users.
Loading Comments...
Comment
×